Stop Immediately: The one who kills LGBTI+ wins! 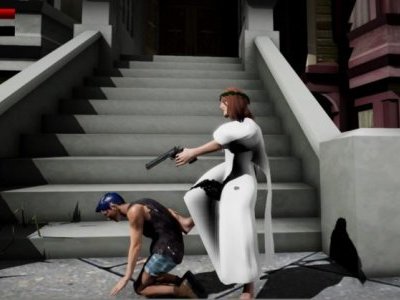 In a game that could played soon, people that choose characters like Jesus, Trump, Putin and Hitler, will collect points during the game and win it, by killing LGBTI+ people and feminists. This newly developed game is encouraging hate crimes.

According to a news that have just been seen on the media, a new game that will soon be available to play, called “Jesus Has Returned” is on development. Players need to choose one of the characters among Jesus, Hitler, Putin and so on, to able to play the game. What they need to win is; killing LGBTI+, feminists or the socialist characters in the game.

While even the preparation of this video game’s trailer stands as a hate crime, the game that will enter the markets in demo mode in January and will soon later be released, will encourage players to hate crimes.

While the players in the game are designed to kill LGBTI+, feminists and socialist characters, their strongest rivals are set to be radical, genderless, fluid, pansexual berserkers; and the game will be win by players who kill them.

The statement that developers have put out, says that this game is not designed to be a troll and bears a real game specification. While stating that they have invested quite a lot amount of time into the creation of it, developers say that there are many donors of the game and have been sharing some images on its web site. In one of the images that haven shared, characters of Putin and Trump are killing a radical feminist by throwing the character off a cliff.


“Another game is also targeting LGBTI+ to kill”

In another game called the “Crying Nazi”, players need to “bust” a night club to be able to level up. In an episode that has been said to have its “inspiration” from the Pulse night club that was attacked, and LGBTI+ people in the club murdered in Florida 2016, players being Nazi soldiers, level up by “busting” the club and killing LGBTI+ people.

The website that the images and the tips on the game were shared was shut down by Wix.com the server of the site without justification. While blocking the website account, Wix banned to the access to the list of subscribers. The server provider that sent an e-mail to game developers on this issue announcing that as the web site violates the rights of third party, and leads people to hate, they will not host such a web site in their platforms.