Victim trans individuals will be heard as the culprits at the court! 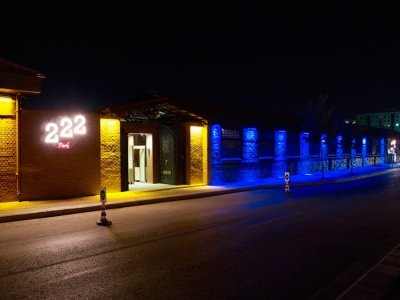 Seda Eseroğlu
At the hearing that was opened upon the complaints by the guards of the place “222 Park” in Eskisehir and the police officers who came to the crime scene and assaulted the trans individuals who had been exposed to discrimination in March, the victim trans individuals will be heard as the culprits at the court. In the previous March two trans women, one of whom is the member of Pembe Hayat Supervisory Board, and one trans man were not allowed to enter to the entertainment place called “222 Park” in Eskişehir and assaulted. Then, they were attacked by the police officers whom they called for help, too. At the hospital where they went to get the report showing the assault, the trans individuals who are the victims were exposed to physical and verbal violence during the examination, once again.

It has been decided that there will be no prosecution in relation to the claims of the trans individuals who gave statements at the police station after the happenings and made a complaint for being assaulted and being exposed to discrimination because of not being allowed to enter to the place.


The victim trans individuals are put in the seat of the culprits!


“This attitude is an act of discrimination, which is often faced!”

“The attitude towards our member of the supervisory board, who was exposed to discrimination just because she had wanted to enter to an entertainment place and then was not allowed to enter, is an act of discrimination which we refuse to get used to, but encounter oftentimes.  Since Human Rights and Equality Institution of Turkey, the Ombudsman Institution of Turkey, and other institutions neglect LGBTI+, there is also a discrimination in the institutional context. Of course, as a result that the victim and her friends were exposed to verbal and physical violence by the place’s guards, in addition to being exposed to discrimination, they called 155 to get a help from the police; the police officers who came to the crime scene stood by the place’s guards and assaulted the victims verbally and physically.  The police officers who defended the culprits gave statements as a witness for each other, just like they always do, to hide their faults and made a complaint against the victim and her friends. The prosecutor’s office didn’t pay attention to the victim’s complaint and took the police officers and the guards’ complaint into account; and chose to treat unjustly towards our supervisory board member and her friends before the judiciary, who had been already wronged. Since the issue is about the rights of LGBTI+s, we will not leave the victims all by themselves at this happening which is another example of the fact that the civil offices, armed forces, and judiciary come together and try to legalise the discrimination and the violence.”


The first hearing is in November

The first hearing of the case which was opened upon the compliant of the police officers and the place’s guards will be made in the 27th of November in Eskişehir. For the hearing where the victims of the happening will be heard as the culprits, Pembe Hayat Association will make a demand to be involved.