Mobbing Towards HIV+ worker in İzmir suboffice of M.A.C Turkey 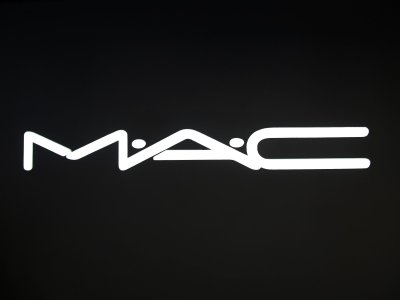 LGBTI+ worker who is claiming that because of he is living with HIV, experienced discrimination and homophobic discourses, together with Pink Life Association’s law department took a legal action against senior officials of firm.

The worker who is H.A., applied to Pink Life LGBTT Solidarity Association and declared that, the other workers of firm has learnt that he is living with HIV without his own consent and therefore he is subjected to mobbing. With the worry of not being able to find another job, because of discrimination and homophobic discourses he had to leave the job. Through Pink Life, he made an allegation to Chief Public Prosecutor’s Office and he declared that according to ‘’Personal Data Protection Law’’, his statement of health should be protected. He added that because his statement of health relieved also by senior officials of firm, he is going to take a legal action against the firm also.

At the same time, one of the friend of victim, who is also living with HIV, at the same period was exposed to discrimination and homophobic discourses at the Ege State Hospital and Estrella Esthetic Centre. Additionally, because of one of the worker of M.A.C. in İzmir shared the health statement of his with the other M.A.C. workers, he also has decided to take legal action against them with H.A.

‘’The politics of M.A.C. Turkey is against to global M.A.C. politics!’’

During the interview with Pink Life, H.A. said that she chose MAC cosmetic firm to work because she thought she could feel free herself there. She said that the workshops that is given by M.A.C. in order to protect workers who are living with HIV and the donations that are gathered for HIV and AIDS activism by M.A.C. Aids Fund are also the reasons why she chose that place to work.

‘’I have been a campaigner because of my gay identity and now I am a campaigner for HIV also. But tackling for HIV needs great support and devotion. You are alone. I am having trouble especially with being alone. The trouble was, which is worse than living with HIV, is the discrimination that I have faced in M.A.C. I am hopeful about global M.A.C, but the senior officials of M.A.C Turkey should be controlled.’’

The lawyer of the Pink Life LGBTT Solidarity association, who is also working for case Lawyer Emrah Sahin stated:
‘’Mandators H. And T.’s statement of health about their HIV was auricular by the the senior officials of these firms and workers and one doctor. This information is shared with the other workers and according to that an allegation to Chief Public Prosecutor’s Office is made by us. We are conducting this procedure by stage. The human right violations which our mandators experienced is not only about the people who did it, it is also responsibility of legal entities in terms of administratively and judicially. Especially we think because of the firm did not take the precautions for the protection of personal data, that within the framework of ’Personal Data Protection Law’’, is responsible for the mandators’ unjust treatment.

The only expectation of my mandators is to head off the same experiences in the work life and social life of other people who are living with HIV and on account of to introduce the truth about HIV to public opinion. Pink Life also will do its best to demand justice judicially and in order to make the suspects to be punished and to eliminate pecuniary and non-pecuniary damages of victims.”

M.A.C Cosmetics has been transferring the significant amount of income of products to M.A.C AIDS Fund since 1994. Additionally, has been implementing various events in World AIDS Day. The cosmetics firm has been transferring more than 340 million USD for the HIV activism. In 1st December 2018, together other related NGOs, the firm has conducted an awareness event in Istanbul. On the same dates, mentioned M.A.C worker, who is living with HIV, has witnessed discrimination and mobbing because of his statement of health.